The Express reports on the “Abortion Pill Horror” in Britain that has resulted in more than 10,000 women requiring hospital treatment over side effects of so-called “DIY abortion pill” at home. A new study has revealed that more than 1 in 17 women, around 20 a day, who used the "abortion pills by post" in 2020 needed hospital treatment. The findings have led campaigners to demand that the "pills by post-service" be ended because of the danger it poses to women. The so-called "service" was brought in as part of the covid measures when people were being encouraged to stay at home and "stay safe".

These same “DIY home abortions” were recently proposed by Northern Ireland Health Minister Robin Swann. The BBC reported that a paper on the commissioning of abortion was drawn up by Robin Swann in May. According to the BBC, Mr Swann proposed whether it would be possible to quickly commission a so-called "early medical abortion service” - to post abortion pills to women in Northern Ireland for DIY abortions at home.

In the Express news article, Kevin Duffy, an independent consultant who led the investigation, said: “This is the disturbing truth of abortion care during the pandemic that has not been reported to the government by providers.

“This investigation exposes the reality of what thousands of women experiencing crisis pregnancies have been through during the pandemic. It demonstrates clearly what needs to change and why the government must not make DIY home abortion telemedicine permanent. The time to end it is now well overdue.”

The report reveals serious flaws in how complications are reported and how taking abortion care out of clinics and allowing women to take both abortion pills at home significantly increases safety risks.

The findings also expose that abortion providers and the DHSC are not reporting medical abortion treatment failure as a complication, even though at least 5.9 percent of women using the abortion pills need hospital treatment because of this failure.

Around half of these, or 3 percent of the total, require surgical treatment to complete the abortion.

Data from 127 NHS trusts also revealed that 2.3 percent of women having an induced medical abortion are subsequently treated at an NHS hospital for haemorrhage.

Precious Life agree with Andrea Williams of Christian Concern, who said: “A failure rate of 1 in 17 women needing to go to hospital due to DIY home abortion is unacceptable …Imagine the scrutiny other medical treatments and services would face if they were sent through the post and had such a high failure rate of women ending up in A&E …For the sake of women’s safety and long term physical and mental health, the Government should stop the approval of pills-by-post abortion which was intended as an emergency measure in any case …It is not fair on women to be left to self-manage abortions at home with a significant risk of failures requiring hospital treatment, and often surgery. Parliament must act to protect thousands of women from harm.”

HOW DOES THE 'ABORTION PILL' WORK?
These pills for DIY home abortions kill babies up to the 10th week of pregnancy.

The abortion pill kills the baby by cutting off blood and nourishment. Then the pill causes the woman severe cramping, contractions with heavy bleeding, and forces the dead baby out of her womb. She can lose her baby anytime and anywhere (even down the toilet) during this intense and painful process which can last from a few hours to several days. At least 22 women have died from haemorrhage, toxic shock, sepsis, organ failure and ruptured ectopic pregnancy following an early abortion with these pills.

NI Health Minister Robin Swann's proposal paper did not make it onto the Stormont Executive's agenda in May, according to the BBC. However, the fact that Robin Swann proposed “DIY home abortions” in Northern Ireland is deeply worrying. He could bring his ‘Death by Post’ abortion pill proposals to the Executive again at any time.

The Stormont Executive must oppose any proposal to send abortion pills by post to homes in Northern Ireland – not only because of the babies that will be killed, but also the serious dangers they will cause to women. 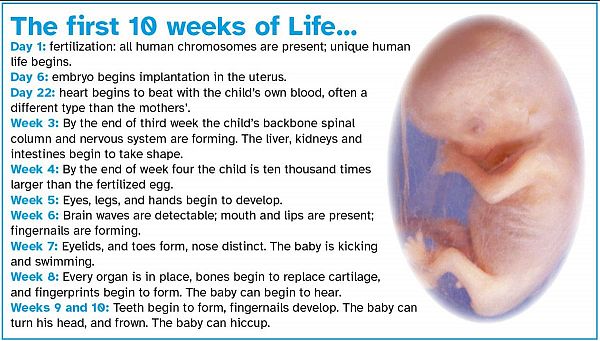