Pro-abortion MLAs in the NI Assembly rejected a bill to protect disabled babies from abortion.

These pro-abortion Assembly Members (MLAs) who voted to reject this bill sent a clear message to people with disabilities ...'YOUR LIFE IS DISPOSABLE'

These MLAs are hypocrites. They all claim to support equal rights for disabled people, yet they have now shamefully denied disabled people their most fundamental right. Without the right to life, all other rights are meaningless.

The pro-abortion MLAs who voted to reject this bill are claiming this is a victory for women. Again this is blatant hypocrisy. The ‘no limit’ abortion law in Northern Ireland that these MLAs fully support also has no limits on sex-selection abortions on the grounds that the baby is female. Statistically, over half the babies killed by abortion are little baby girls . 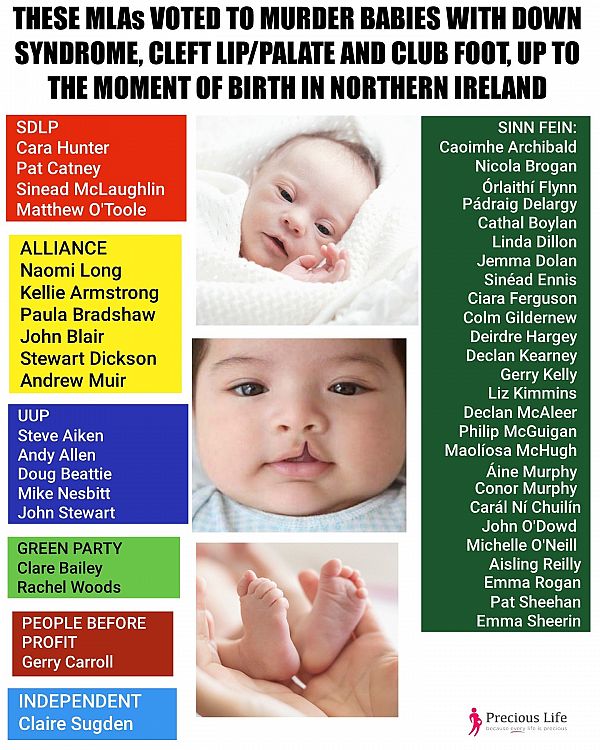